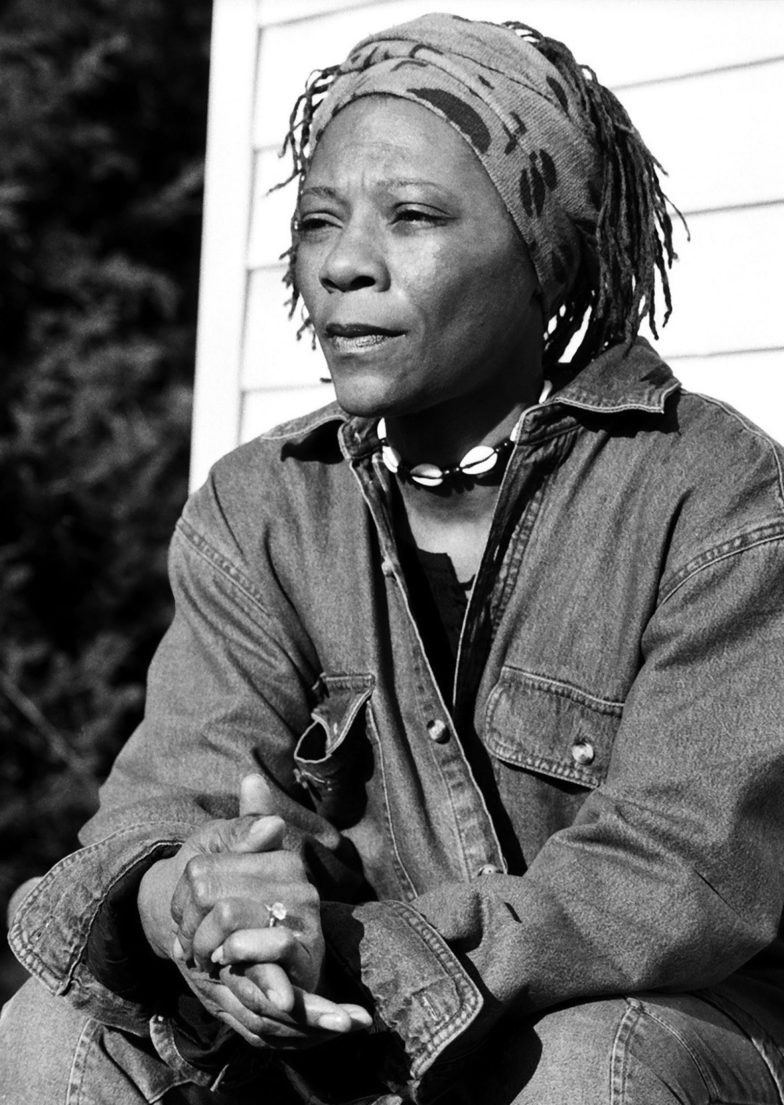 When I first started talking about my abuse, it was for one of two reasons: either to shock people or to get pity. Later on, it was because I wanted to be heard and to give other people permission to free themselves. In the black community we don’t like to tell our business. We don’t want to be bustin’ on the black man. He’s already got a bad rap. It’s like you’re carrying the weight of the entire African-American community on your shoulders and you’re saying that we have a problem…

…I heard my dad was in jail. For incest. I found out I got two more sisters I didn’t know about, his girlfriend’s kids. The mother didn’t believe the girls. That galvanized me into action. I asked my nephew to find out who the prosecuting attorney was. Two weeks went by. Never heard from my nephew. So I called Atlanta myself. Me not knowing, I thought the case would be under his name. They keep the record according to the child’s name. So that stopped me.

I called another brother, acting like I was so concerned, like, “Who would be accusing my father of some stupid stuff like that?” I played it. Got their last names.

After lots of calls, I tracked down the prosecuting attorney’s number and left a message. “If you need me to testify, there will be no problem. Whatever it takes, I will be there. I’ll be on the first plane out of here.” He called me back within a week. I was going to be a witness against my father.

A week or so before the trial, I started getting these hang up calls, two, three o’clock in the morning, “You bitch!” Click. Who would be calling my house acting stupid? Then I realized somebody in my family was trying to set me up. One of my sisters had been asking me a lot of questions, wanting to know if I was coming to the trial. I’m like, “I don’t know nothin’ about no trial.” They were trying to scare me. And they scared the hell out of me. Who’s to say somebody’s not going to be meeting me at the airport to beat me up? I didn’t know if anyone in my family knew what time my flight came in. I didn’t know who I could trust in my family. So I’m calling the prosecutor in Atlanta, leaving messages on his voice mail. This was Labor Day weekend. The office was closed.

I changed my flight. Called airport security police to get me a police escort. On the plane, the loudspeaker goes, “Antoinette Savage, your police escort is here.” So, we land, doors open, people are getting off the plane. I have these two guys, airport police, all of six foot three, two hundred and some pounds, black and fine as they could be. One on this side, one on that side. Okay. Let somebody come up through this airport and mess with me now…

At the courthouse, one of my sisters tries to walk past me like she didn’t even see me. Two of my sisters are sitting behind me. I hear one of them say, “I don’t know why I’m sitting behind that bitch. I ought to kick her ass.” I recognized the voice. She’s the one who was calling me, cussing, and hanging up.